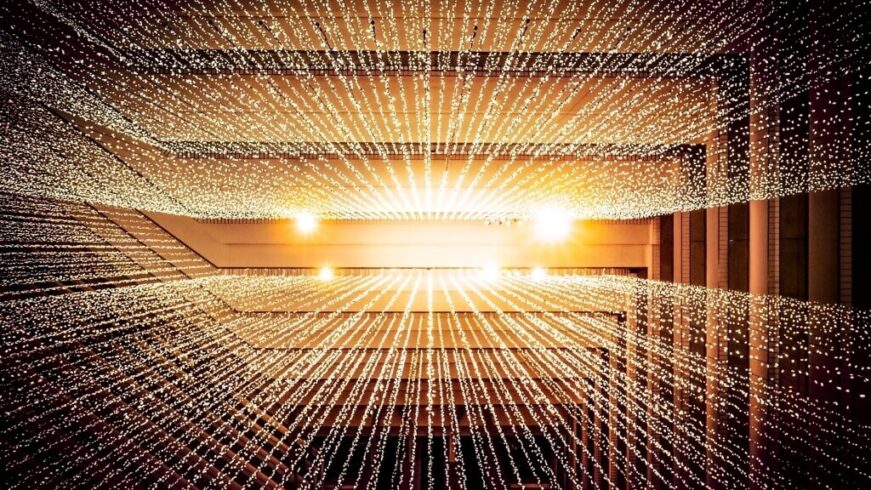 In this article, I will go through the governance evolution, the birth of the decentralized autonomous organization, how API 3 is a Dao and what that means, and the growth enabled by APIs.

Looking at Aragon, exponential growth over the last couple of centuries has been catalyzed by new governance mechanisms that have resulted in exponential growth that we’ve had through our time. If we’re looking at the times of clans and tribes, the organizational governance structure was kinship-based. During the times of the Romans, they had an army or subordination structure, command, and control, as well as the church when they came into power. We can even look at how Henry II dedicated these judicial decisions to local juries and how these hierarchical structures evolved. And then, as we moved on, we saw the rise of corporations and trading companies during the global expansion that led to competitive markets, resulting in different organizational structures evolving.

But what was quite important was in 1937, Ronald Coase published the nature of the firm, and he won the Nobel Prize in Economics in 1991, around the Coase theorem. This hypothesizes how company structures emerged as this coordination mechanism to internalize productive relationships, eliminating costs of managing independent contractors, bringing costs under one roof as an organizational structure, and adding more profitability to the firm. But if we visualize what that looks like, we can see how we’ve moved into this multi-organizational network structure. In the end, it’s funny enough; it resembles a blockchain.

The mapping between principals and agents improved from a many-to-one relationship under a monarchy regime into a productive many-to-fewer relationship. That helped modulate purchasing powers through elections and free-market democracy. These governance aspects have had huge impacts on economics as well as our day-to-day lives. And that impacted states, organizations, and businesses, and they all evolved. This became a choice architecture, where we abstracted millions of decisions away from the majority to the minority. That’s why we have politicians and representative democracies, as well as founders of companies or figureheads. Such hierarchy allowed us to expedite human interactions due to the way that we organize. And that’s where the word organization comes from.

We are taking a multi-organizational network. We’re adding blockchain technology, smart contract functionality, and the crowd’s wisdom. We are architecting away the kernels of organizations. What we end up getting is borderless companies, charities, and investment groups. These borderless companies, known as DAOs, have secured treasuries, inclusive voting rights, transparent audit trails, and no intermediaries. Thus a DAO is born!

In other words, building communities of meaning around economic collaboration is firms’ primary form of strategic competitive advantage. If we extrapolate, we’ve seen the growth of the API economy because of bringing communities and projects together to the connection of API technology.

But Web 3.0 is the next phase of governance. It’s the next evolution in the way that people are going to interact with each other to add value.

$11.3 1 billion is held on blockchains for DAOs and Treasury.

About 4832 DAOs, 1.7 million governance token holders have stakes in these entities, and over 54,000 decisions are being made.

We need to conceptualize this very abstract concept. It’s a type of corporation built on top of a blockchain Cody’s law. So the memorandum of incorporation is built into the code. The code defines the business model, operational parameters, and the payment terms of the DAO. In its Treasury on the Blockchain, the DAO has a Treasury in the type of cryptocurrency or stablecoin. The token of the DAO represents a type of voting rights. That would represent token ownership. Having more token ownership gives you more say in how the DAO is run, which helps manage the voting process. We have sub-dials or contractor firms that interact with the main data and provide services, whether it’s business development or technical skills. They publish proposals each quarter or half-yearly to request funding. If they’re adding value, they get approved by the token holders.

The product that we are selling is an open-source technology stack that allows Web 2.0 API providers at this conference to monetize their datasets directly to Web 3.0.

The open-source technology is governed by the API 3 DAO, where decentralized applications pay subscription fees to access data feeds and products. The DAO pays the API providers for that.

API 3 has sub-teams. This can lead to integrating developers and business developers, all working for the DAO, all borderless.

We started in 2018 when we raised a substantial amount from a well-known venture capital investor’s digital currency group. We set out to innovate as we saw limitations in the current data oracle space. We had this holistic view of connecting the supply and demand gaps. We’ve created an Ethereum virtual machine compatible solution, an open-source technology stack that is also Blockchain agnostic and cloud agnostic that plugs into your technology stack.

It is a simple to use, open-source API gateway that allows APIs to directly connect to Web 3.0 without active management or the use of third parties. The provider directly controls the technology, removing the opaqueness from the model. It also opens up new use cases regarding monetizing with fiat currency. So if you’re an organization, and you don’t want to accept cryptocurrency, but you want to sell your data to Web 3.0, and you have an API product, you can do that in a way where you get fiat instead of crypto.

Having it as a first-party solution also makes it GDPR (general data protection regulation) compliant. Nothing is stored in the technology. It is a serverless lambda function and easy to deploy. It’s enterprise-ready. We brought this with transparency by design. We built in safe listing and denied listing features for enterprises to regain control of what data they sell when they sell it, to whom they sell, and at what price.

How does an oracle work?

The first-party approach allows transparency, which is the whole key of Blockchain. A Blockchain has two very important functions. One is the encryption function. Without encryption, Blockchain is useless. The second is the data input function.

Data oracle is about data inputs. Because if you input the wrong data onto a Blockchain, whether it’s an NFT, a land registry, or even crypto pricing, it ends up having a ripple effect and degrades the whole point of the security.

With that said, removing third parties from the process is key in ensuring that data integrity is intact but also giving enterprises control over what data is made available, to whom, at what price, and when.

Because current Web 3.0 APIs cannot call Blockchain applications directly or feed into them directly, you need a type of API gateway to sit in the middle that translates that service so that smart contracts and apps can ingest that data and function.

If you have a smartphone, we have weather.com or AccuWeather. If you say, “What is the temperature in London?” it will then call the IP address of the website; the website would then, return 10 degrees. It is a very direct way of calling it; that is how Web 2.0 currently functions.

But when we think about Web 3.0, an abstraction layer is needed for the API gateway to bring this data from the off-chain environment to the on-chain so that the decentralized application (DAP) can then ingest that data. So that’s where the Airnode would fit in.

A DAP would ask for the temperature; it would go through the Airnode. The Airnode would then communicate with the Web 2.0 API, put that through, and rewrite the answer on the chain. The DAP would then consume that, and then with a data feed, it would be the Airnode product with an autonomous function known as a keeper or bot that would check and update that continuously.

Any API provider that wants to provide their datasets or services to DAOs would require the Airnode to connect. Because of cross-chain connectivity, different blockchains and data will also communicate, and that’s where APIs fit in.

These single-purpose organizations have a certain memorandum of incorporation that they need to do. A very interesting one was Constitutional DAO. It was a single-purpose DAO created to purchase the US Constitution published in 1787. They raised $47 million in cryptocurrency. Unfortunately, they were outbid. But the DAO had its governance and its process. All users were refunded. The purpose of the DAO was a source of crowdsourcing toward a common collective purpose.